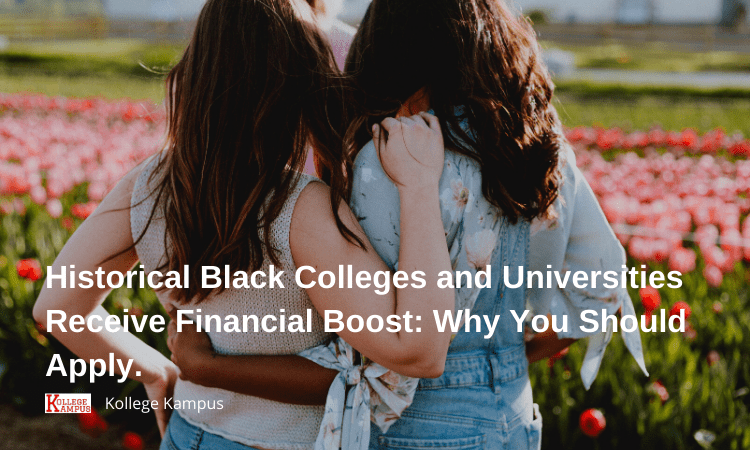 During this time of COVID, historical black colleges and universities (HBCUs) are at a crossroads. With the global pandemic still in full bloom, declining enrollment and smaller class sizes are expected for this fall, leaving many current and prospective students in limbo.

The global health crisis has had a particularly chilling effect on many HBCUs that had to reimburse students for housing and other expenses when schools shut down in March. Now, there are growing concerns about the lingering effects of this pandemic for this fall, particularly if students are unable to fully return to campus.

In a bit of good news, it was recently announced that two Atlanta based HBCUs, Morehouse and Spelman colleges will receive a major financial boost of $40 million from Netflix CEO Reed Hastings and his wife, philanthropist Patty Quillin. This represents the largest single contribution either of these two schools has ever received.

This funding will be targeted towards at least 400 students set to enter these schools over the next decade. Each will be presented with a full-ride scholarship. In addition, Hastings and Quillin are providing another $40 million to the United Negro College Fund, an organization that delivers scholarships and other badly-needed funding support to HBCUs.

In a recent public statement the couple had this to say about their contributions:

“HBCUs have a tremendous record, yet are disadvantaged when it comes to giving. Generally, White capital flows to predominantly White institutions, perpetuating capital isolation. We hope this additional $120 million donation will help more Black students follow their dreams and also encourage more people to support these institutions — helping to reverse generations of inequity in our country.”

This announcement follows black billionaire Robert F. Smith’s bold pledge at a commencement speech last year to cover the student debt of the Morehouse College class of 2019. Smith—the wealthiest Black man in the United States, according to Forbes— made a $34 million donation last year that covered the student debt of about 400 Morehouse graduates, including the educational debt incurred by their families.

In his most recent philanthropic gesture, Smith is now proposing a new initiative designed to help mitigate the burden of student loans for those attending HBCUs. Known as the Student Freedom Initiative, the aim is to address the disproportionate loan burden Black students face by offering more career options and educational opportunities that would otherwise be off-the-table for those facing heavy student debt.

HBCUs have long represented a solid return-on-investment for students who choose to attend. According to a report by the Atlanta Journal-Constitution, the average cost of tuition and fees for attendance at a four-year HBCU is around $7,575. This according to College Board statistics is about 70% of the average costs of all public U.S. colleges and universities.

Despite these cost savings, greater numbers of HBCU students come from lower-income households thereby hindering their ability to attend college.

The Student Freedom Initiative will launch at up to 11 HBCUs this fall. It will provide juniors and seniors who are science, technology, engineering, and mathematics (STEM) majors options for steering clear of high-interest private student loans.

The aim is to support 5,000 new students each year fueled initially by a $50 million grant from the Fund II Foundation where Smith is founding director and president.

According to the Brookings Institution, a Washington D.C. think tank, the student debt crisis disproportionately impacts Black students who owe on average $7,400 more than their white counterparts upon graduating with a bachelor’s degree. Studies have shown that this disparity often worsens over time in part because of gaps in job market pay and wealth.

Additionally, HBCUs typically have smaller endowments than other colleges and universities, a major barrier to their ability to provide significant financial aid. Students who attend HBCUs graduate with higher loan borrowing rates and higher debt than non-HBCU students, according to a 2016 report by the United Negro College Fund.

In taking a major step in address these pervasive issues, Smith hopes to expand the Student Freedom Initiative to more than 100 HBCUs in the U.S., as well as other institutions committed to minority education causes.

Are you currently attending or considering an HBCU? Then here’s what all of this could mean to you.

First, this funding will provide you with additional options to consider for financing your college education. This is good news particularly if you have been feeling a financial strain of late along with the thought of possibly dropping out of school.

Second, access to additional financial resources provides you with more freedom and flexibility when you graduate as a result of having acquired less high-interest debt. Relief from loan payments or even needing to take a job exclusively for the money will boost your possibilities for future success.

Third, all races are open to attend an HBCU.

Save Money During COVID-19.  Seek Money for College.

What If College Is Not For You? Here's an opportunity of a lifetime...